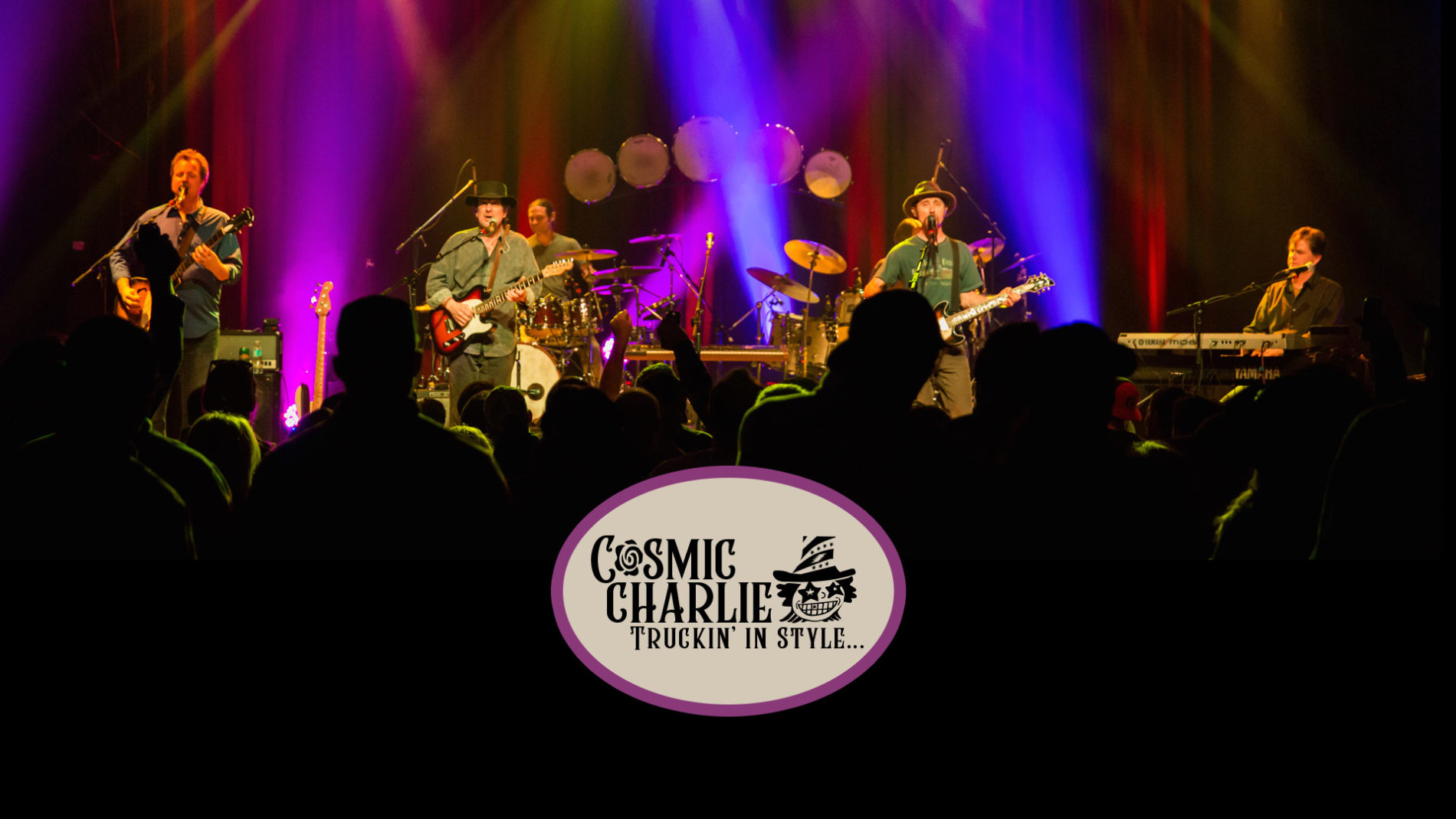 Cosmic Charlie was born in the musical Mecca of Athens, Georgia. From its summer 1999 inception, the band has been swiftly cementing its reputation as a band that puts a unique and personal twist on the Grateful Dead catalog, a Dead cover band for folks that are ambivalent about Dead cover bands. Rather than mimicking the Dead exactly, Cosmic Charlie chooses to tap into the Dead’s energy and style as a foundation on which to build. The result is a healthy balance of creativity and tradition, and both the band and its audience are taken to that familiar edge with the sense that, music is actually being MADE here tonight.

Moving and shaking even the most skeptical of Deadheads, Cosmic Charlie storms into a town and plays with an energy that eludes other bands, an energy that sometimes eluded the Dead themselves. Those precious moments during Dead jams when the synchronicity is there and all is right with the world, are moments that Cosmic Charlie relishes and feverishly welcomes with open arms. Clearly, Cosmic Charlie’s audiences are also eager to arrive at those moments, and together with the band, they have indulged in many memorable evenings.

“On The Road Again”

Cosmic Charlie has performed over 800 shows at theaters, clubs, and festivals across the continental USA. From Oregon to Colorado to Ohio to the Carolinas, Cosmic Charlie’s unique take on the Dead has garnered the attention of luminaries from the Grateful Dead extended family. Some who have joined Cosmic Charlie on stage include:

It has been a great honor for the band to connect musically with these talented players who are have played such a central part in the Dead world.

Members of Cosmic Charlie are a versatile bunch, having collaborated with the likes of Widespread Panic, Robert Fripp, Indigo Girls, Ween, Jimmy Herring, River Phoenix, Juliana Hatfield, and Vic Chesnutt, to name a few. Originating as a “one-night-only” Jerry Garcia birthday tribute (performing under the moniker ‘One More Saturday Night’), word spread quickly that this was no ordinary musical confluence. Gigs started knocking at the door, high profile ones no less:

-The 3-day Jomeokee Jamboree in Winston-Salem, NC, featuring String Cheese Incident, Widespread Panic, P- Funk, and more. Promoter Jay Stephens booked Cosmic Charlie to close out all 3 nights with two sets of high energy Grateful Dead. Jay had never even seen Cosmic Charlie but booked the band on the strength of rave reviews he had heard about the band’s Asheville NC shows.

As other Dead bands have come and gone, Cosmic Charlie has cemented its status as the best known and longest running Dead tribute in the Southeast. Numerous challenges – van breakdowns, club fires, huge falling oak trees – could not sideline the band from its mission of bringing live DEAD music to the people.

In July 2019, Cosmic Charlie celebrated 20 years of touring, and in August 2019, the band started chipping away at the next 20 years. The long strange trip continues!

For booking and all other inquiries, please email info@cosmiccharlie.net